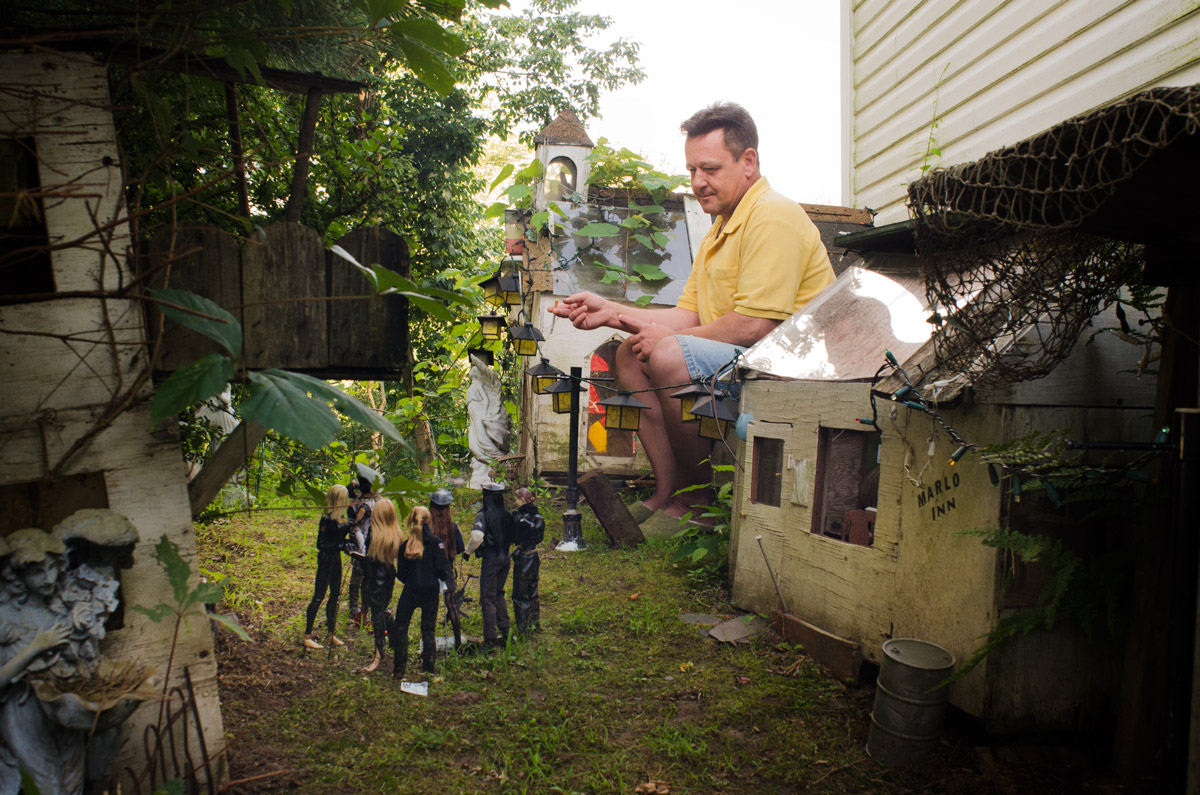 I met Mark Hogancamp when I lived in a rural hamlet in NY state in 2004 (population 350). I had seen him walking down our rural state road a number of times, often wearing a vintage WWII coat, and one day I pulled over and chatted with him. He was very guarded but eventually opened up to me and shared his world of art, hate, love, pain, and self-rehabilitation through creativity. 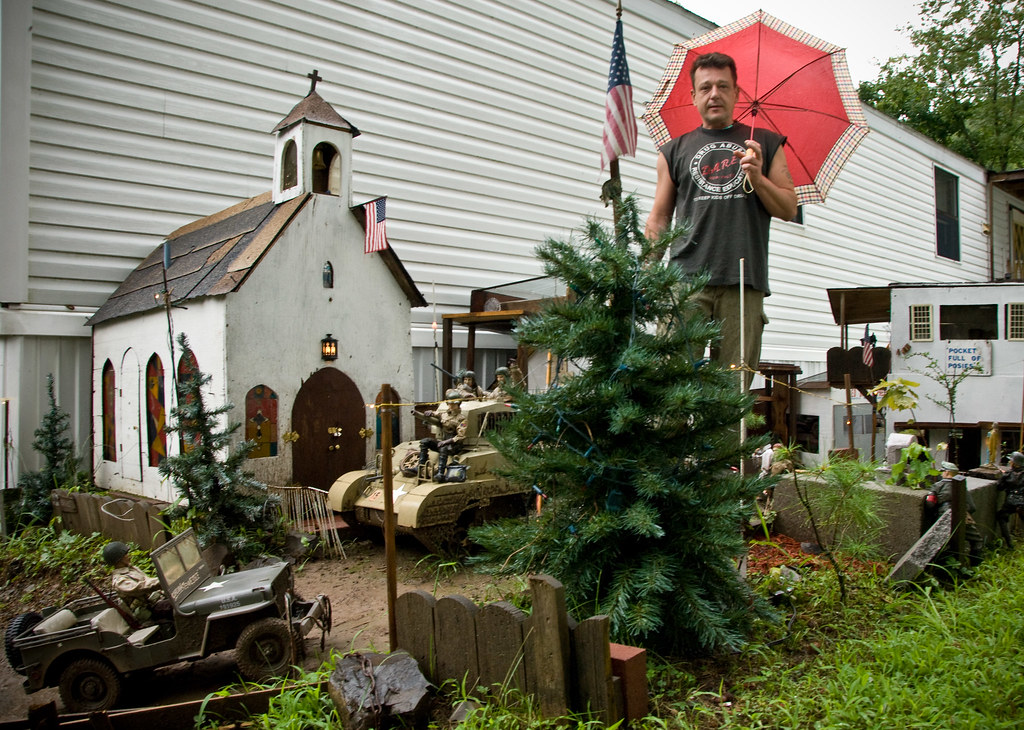 I interviewed Mark and photographed him for the art magazine Esopus Issue 5. The piece was well received and was seen later by Jeff Malmberg, a filmmaker out of Los Angeles. He was interested in shooting a short piece and contacted magazine editor Tod Lippy and myself about meeting Mark. I was protective of him since there are many complicated layers, but Jeff Malmberg was successful in creating a sensitive and impactful documentary Marwencol and was released in 2010. 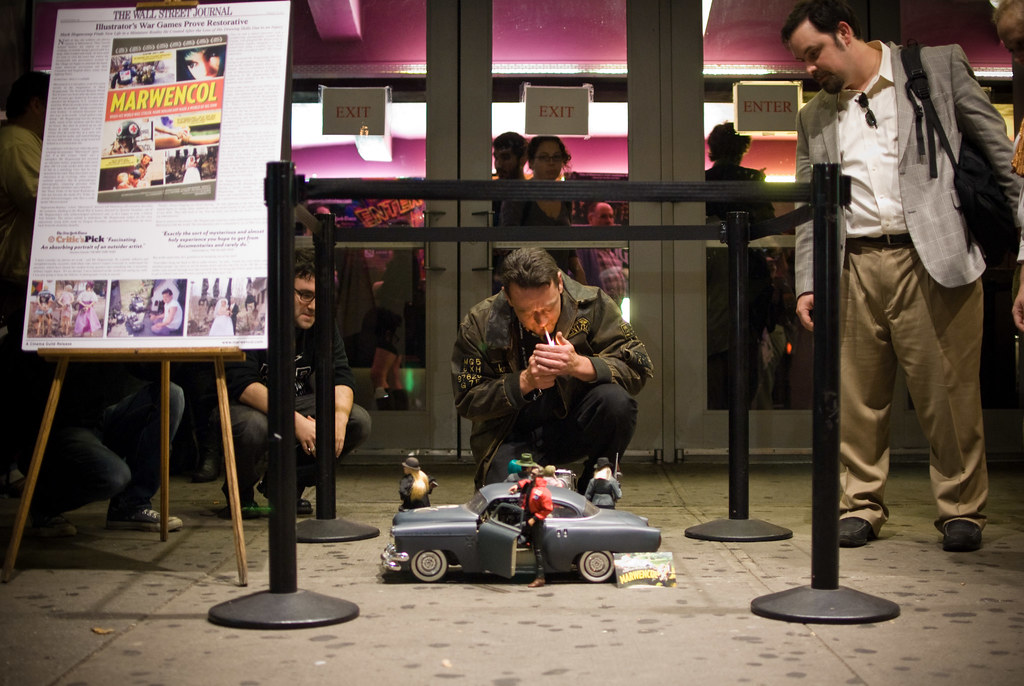 
“What’s Fact and What’s Fiction in Welcome to Marwen?” – Slate By ELLIN STEIN